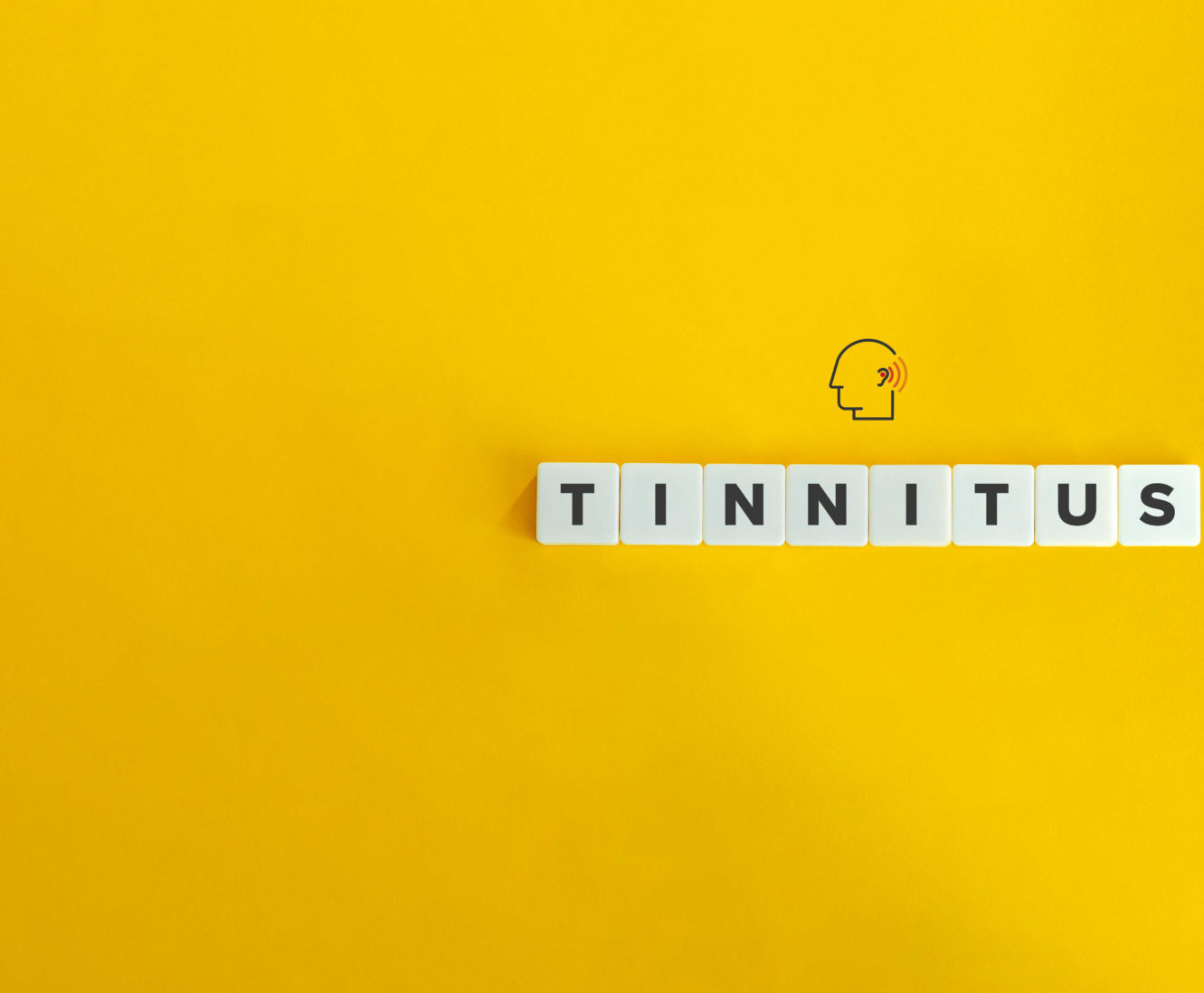 What is tinnitus? Symptoms and treatments explained

Many of us have experienced a high-pitched ringing in our ears, either on a plane or after a large concert. However, a constant ringing noise, not caused by any sounds from the outside world is typically a condition known as tinnitus. In this blog, we will be explaining what tinnitus is and the forms of treatment there are to help.

Our brain processes sound through tiny hairs along our inner ear. These hairs are called stereocilia and they recognise different pitches from the outside world which are then translated into either speech or other forms of sound. Tinnitus can arise when these hairs are damaged as pitches are not recognised correctly, the brain then translates the incorrect information into a high-pitched ringing noise which remains constant.

When going to a concert or a space where loud noises will be affecting your ears, these hairs can get temporarily damaged. This is why we often have ringing in our ears for a short period of time the following day.

People with tinnitus are still able to hear other sounds around them but it can be a highly stressful condition. When the brains’ attention is not focused on anything in particular, the ringing will be at its most noticeable for the host. Trying to live a normal life can interfere with daily routines and potentially cause other conditions such as anxiety & depression. 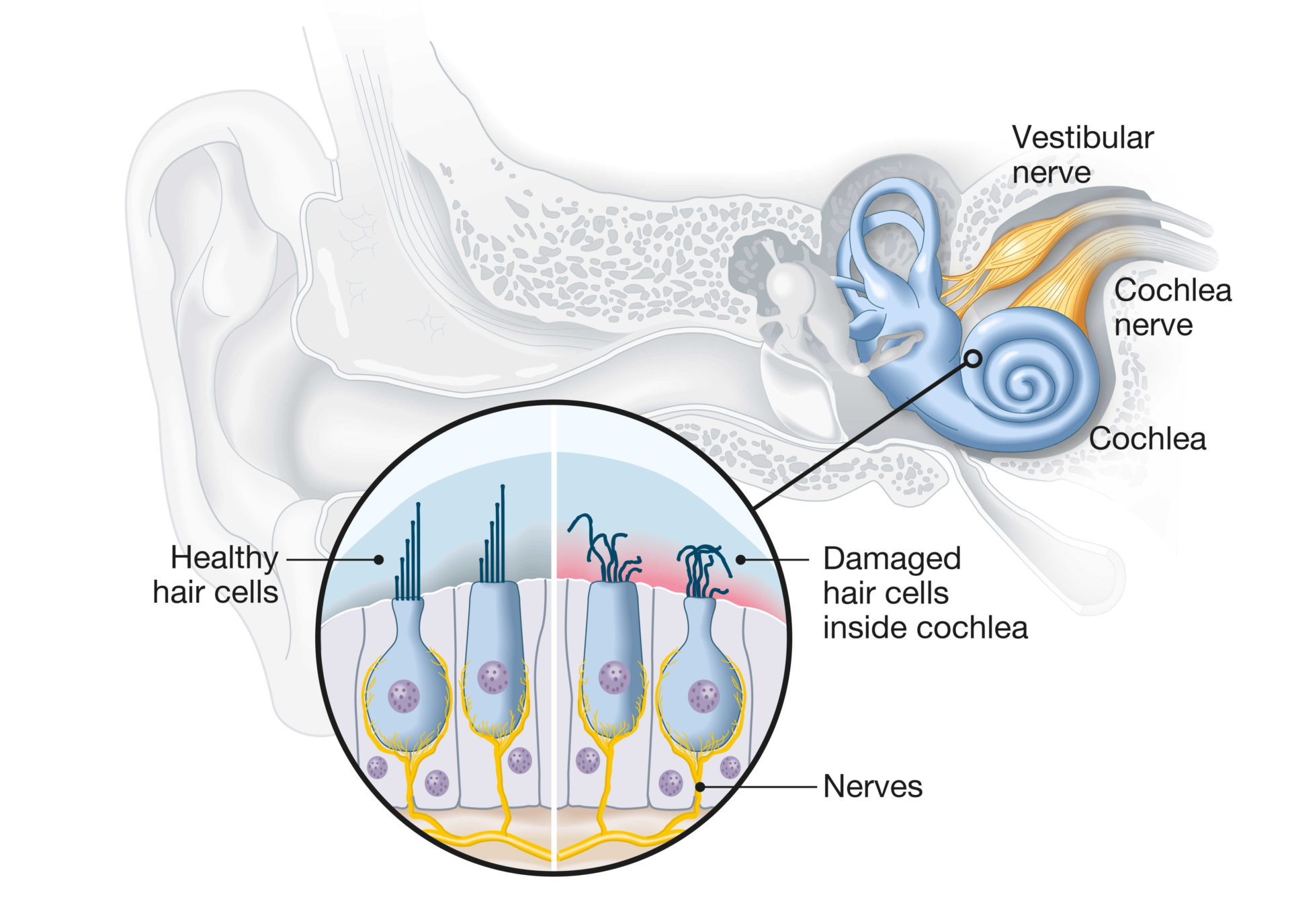 Types and Causes of tinnitus

Although the main type and cause of tinnitus is loud noises damaging the inner ear hairs, there are other known types and causes as well.

Rather than a ringing noise, the sound caused by pulsatile tinnitus is more likely to match the sound of your heartbeat or pulse.

Since pulsatile tinnitus is often a result of a change in blood flow treatments are usually directed at high blood pressure. Therefore common treatments usually follow:

If blood pressure begins to resume at a normal level it is likely the tinnitus will stop, however, it is best to seek medical advice for this particular case of tinnitus as it could mean there are further problems regarding your blood pressure or heart.

The temporomandibular joint (TMJ) is the joint that connects your lower jaw to your skull. TMJ can cause tinnitus if the jaw is misaligned or under too much pressure. Due to the ear being connected to this joint these changes can impact the ear in a negative way and lead to TMJ tinnitus. TMJ tinnitus often affects the host in the same way as common tinnitus would through high-pitched ringing noises however, treatment plans often follow:

This type of tinnitus is easiest to try and fix since the jaw can be moved if misaligned in addition to lots of different treatment options being available too. 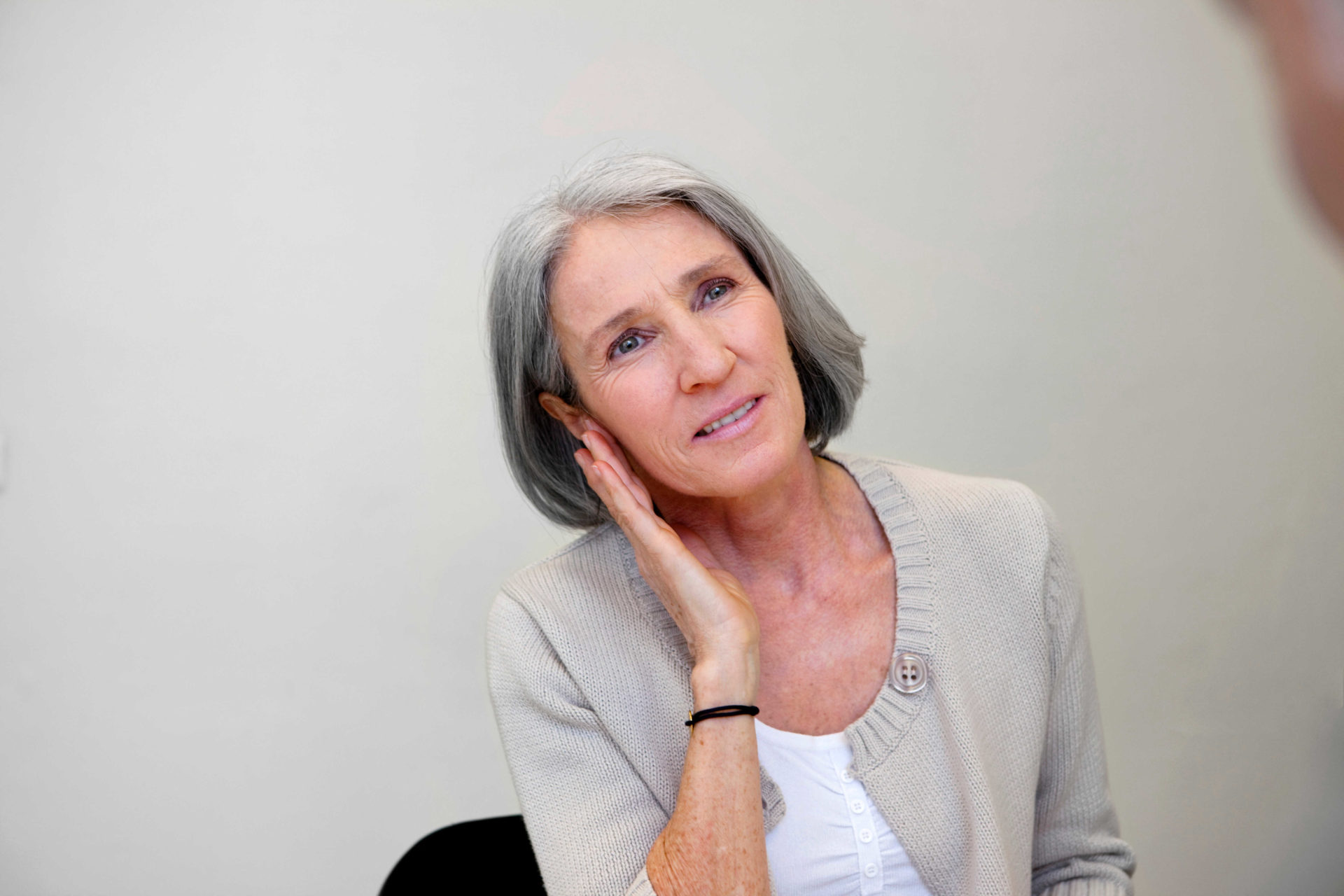 Tinnitus will often affect a person through a high-pitched ringing or buzzing sound, the extent of the ringing can vary from person to person. The majority of the time it will only be the affected person able to hear this sound. It can affect either one or both ears and can become a big impact on someone’s life.

In 2013 Gareth got a sinus infection which left him with slight hearing loss and tinnitus in his right ear. As a person who works within the music industry, this was fairly worrying as he has a big love for music and his career. After visiting a specialist he was able to adapt and live with his tinnitus and still be able to carry on with his career.

Within the episode, Gareth also explored some modern technology which has also been proven to help tinnitus.

A hearing aid was fitted to produce sounds which distract the brain from the tinnitus, Gareth found his hearing to be improved yet he believed it would take some time for the tinnitus to soften as well.

Although there are new devices coming out to help with tinnitus the main focus is to take care of your hearing. This can be by listening to music or devices at a low – medium level and not going to very noisy areas too often.

You can view the tinnitus episode on BBC iplayer yourself through this link.

How tinnitus counselling can help

Currently, there is no cure for tinnitus. However, there are different forms of support which can help ease your symptoms and increase your quality of life.

Here at our Sutton & Solihull clinics, we offer tinnitus counselling to help you manage your symptoms and how you can live with your tinnitus happily and healthily.

If tinnitus has arisen through noise-induced activities causing hearing loss, be it temporary or permanent, amplification can help the vast majority of people. Even if they have little or no actual hearing loss.

Hearing aid amplification works by amplifying the environment around you, this will provide a partial mask over the tinnitus. In addition to bringing more sounds to the host’s attention so they don’t constantly focus on the tinnitus sound.

If you would like to book an appointment you can click on the link or you can ring up one of our clinics from down below.